This is a masterpiece collection of Italian Furniture, differentiated by its Italian craftsmanship and tradition. 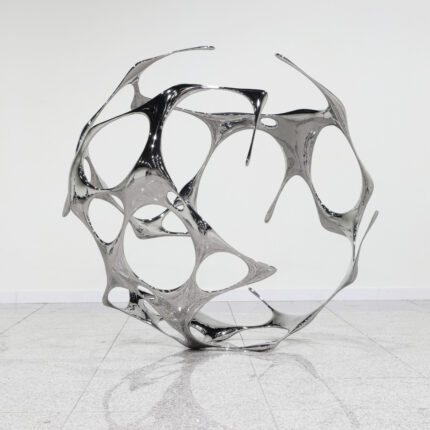 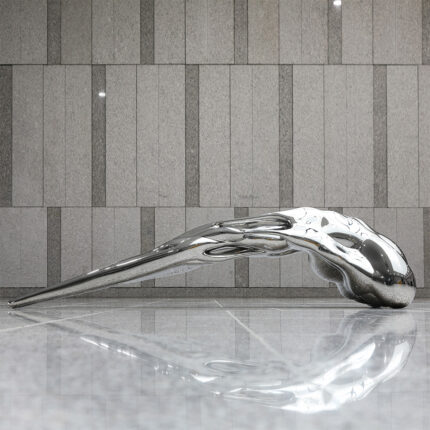 In 1990, he went to study in Pietrasanta, Italy, where he attended the Carrara Academy, working at the Sam Studio Stone Sculpture Workshop and participating in a number of international sculptures, including world-renowned artists César and Avoscan.
The period 1985–1995 corresponds to the early years of the work, with the roughness of the human head and bust in grotesque representations, emphasizing the material shown in clay. Sensory with material and texture

I tried to show the sensory innerity behind the impression. To emphasize the human spirit rather than the facial expressions or anatomical muscles of specific characters, realistic figures were hidden and expressed with metaphorical expressions and distortions.

No anatomical forms, facial expressions, or contemporaries are shown in human sculptures under the theme of exploring eternity between 1996 and 2004. Rather than a small form of composition, we tried to see the human body as a mass, which was in line with the attempt to escape the reality shown in the Muse of Brancuse and move into the mental world.

Through a simple trimmed human head, it emphasizes abstract mental images that omit nonessential things. Through this, he tried to understand the structural order of things and further explore the spirituality and permanence of things. In order to emphasize the image of spirituality, he has sought his own language of sculpture from a simplified human head.

After a long period of targeting the human body, he gradually changed the subject after 2005, and the form of natural objects gave him great inspiration and motivation. In some cases, they are inspired by the form of flora and fauna, especially petals and stems. Through these derived forms, they attempted to explore the eternal nature of humans, nature, and even the universe. His abstracted form, as if exploring the structural order of nature, is deeply related to his long experience of sculpting the human body. Eternity was sought through organic forms that brought motifs from natural ecology, flowers, animals and plants.

In the organism series, changes in rhythmically twisted faces show superficial complexity. The inner structure seeks to resemble the order of nature. It may be to paint life as it appears in animals and plants. The cotton and cotton bite each other, and the sense of movement of the rising cotton and line comes into the interior again, drawing a suitable parabola. His recent works show the conclusion to flowers, and in addition to flowers, there are variations that develop into thorns, pinwheels, starfish, and halls.

The theme of “Eternity Exploration + Organisms” suggests this well. His basic ideas are central to shaping organisms, exploring what procedures they repeat for eternal recovery. His conclusion of this stage is to borrow the form of an organism and highlight the infinite trajectory revealed by the regression line. For example, if a particular organic form chooses one singularity of the regression line at a certain time while following an indefinitely repeated trajectory, special shapes such as human bodies, flowers, spines, pinwheels, starfish, and holes will be created on top of it.